Another Day, Another 3 Google Updates!

While webmasters are still shaking off the last wave of algorithm updates that rolled out earlier this year (titled Panda and Penguin), Google continues to forge ahead with more and more updates.  In the past 2 weeks, Google released 3 new major algorithm updates. The amount of updates that Google has released during the last 6 months is simply unprecedented.  People who track and write about these updates (yes, there are people that do this) such as Barry Schwartz and Dr. Pete Meyers have a hard time staying on top of them because as soon as they finish writing about one of them, another update comes out. Have your rankings been affected? Exact Match Domain Update The first one released on September 28th was the “Exact Match Domain” update.  This update targets low quality exact match domains that don’t provide valuable content.  An example of a popular exact match domain is www.carinsurance.com. All things being equal, a domain like carinsurance.com used to have a much easier time ranking for the keyword “car insurance”.   These keyword rich domain names were highly sought after because they tended to rank extremely well in Google. The Google algorithm favored them highly over other domains that didn’t contain the exact keywords being searched for. 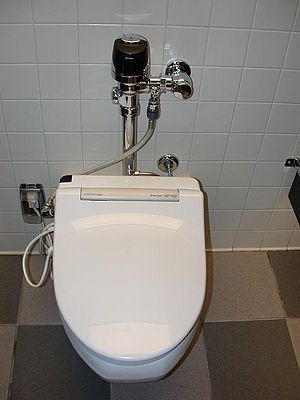 It’s still not clear of the exact impact of the EMD update.  It appears that domains that have real content and a healthy backlink profile were not effected, but domains that were thin on content and didn’t have much authority are simply in the Google toilet. Panda #20 On the same day as the EMD update, Google also released it’s 20th Panda update. The “Panda” updates have been a series of algorithm updates targeting low quality content on websites.  An example of low quality content would be if a site contained large amounts of duplicate or “thin” content site-wide.   Sites with thin content usually create a lot of pages in an effort to capture more traffic but don’t add unique or valuable content to each page. This latest update was a relatively major one targeting 2.4% of queries. This may not sound like a large percentage but considering Google gets approximately 3 billion searches per day, it’s quite significant. It’s interesting that they released this latest Panda update on the same exact day as the EMD update. Google has never released two major updates on the same day like this which suggests that the two might be connected somehow. Page Layout AKA “Top Heavy” Update The page layout update aka “The Top Heavy” update targets domains that show too many ads above the fold, hence the term “top heavy”.  The update was spurred by complaints to Google from users that click on results and get too many ads at the top of the page and have to scroll too far down to get to the content.  (Ahem! Mind you, Google shows ads at the top of their search results). Obviously, this penalty would most likely only affect ad supported sites and affiliate sites. It’s important to note that this is a domain level penalty that looks at the entire domain not just one page on your site.   It sounds like a majority of your pages would have to be top heavy on ads in order for this to affect your rankings. Also, just as a side note, there was also a minor Penguin update on October 5th pancaked between these three major updates.   This was the third Penguin update.  The SEO community has been waiting for another major Penguin update which was rumored to be coming soon. Can’t wait to see what updates are coming next!