OpenAI’s ChatGPT took the digital world by storm after its release in late 2022, amassing over one million users within a week of going live. The platform uses Artificial Intelligence- (AI) to ‘chat’ with users and create content based on prompts or answer queries.

We wanted to know what the digital marketing world thought of this new platform and how it might affect the industry in the days to come. Is this a human-free way to create SEO content? Does the platform endanger livelihoods?

To better understand the potential impacts of this new platform, we scraped over 700 posts on Twitter and LinkedIn and spoke with leading industry experts across the field of digital marketing.

With the world talking about ChatGPT, we thought we’d first ask the source of buzz itself: What is the sentiment on LinkedIn about AI?

The AI platform noted that there are both positive and negative viewpoints across industries on LinkedIn, with top themes including revolutionizing the industry and displacing jobs with its capacities.

We should note that ChatGPT finished ‘training’ in early 2022, so its views on itself- or its sense of anyone’s view on itself- are difficult to say. It also doesn’t recognize its own name (yet).

What LinkedIn Has to Say About ChatGPT

The overall sentiment across 350+ LinkedIn posts was 53% positive, 23% neutral, and 24% negative. Within the realms of SEO, pay per click (PPC), digital PR (DPR), and digital marketing reactions to ChatGPT at-large, it varied.

SEO professionals were the least positive about ChatGPT, at 44% positive, 23% neutral, and 33% negative. Many were concerned about content creation jobs and potential implications of AI generated content, while others cited ChatGPT as a major threat to SEO as a discipline and even Google itself. Many did see hope in automating some content creation, though without the human touch.

PPC professionals, meanwhile, were absolutely thrilled about the potential of ChatGPT, with 58% of them positive, 29% neutral, and only 13% negative. Many were excited about automating ad copy and other copywriting within the pay per click workstream.

When asked about the sentiment on Twitter regarding AI, ChatGPT accurately described many of the positive and negative reactions on the platform. On the other hand, ChatGPT brings little analysis into these insights and it bears noting this is almost the exact same answer it gave when prompted about sentiments on LinkedIn.

ChatGPT’s AI technology and advancements in natural language processing are indeed impressive when it comes to things like generating text and and assisting as a content creator. The nuances of its capabilities are still being fleshed out and widely discussed about the digital marketing community.

In regard to the reaction to AI on Twitter, ChatGPT proved accurate once again. It was correct in saying there was a huge variety of overall opinions about the platform on Twitter.

Similar to LinkedIn, SEO professionals on Twitter were also the most openly skeptical of ChatGPT at 37% positive, 35% neutral, and 28% negative. Many wrote about the potential for job loss, while others noted the importance of learning more about the platform, and how to harness its potential.

Those in the digital PR Twitter space had the most positive reaction to ChatGPT out of every sector we analyzed, with 75% of the tweets we looked at being positive and 25% neutral- though our sample size was only 4 tweets by digital PR professionals.

As for digital marketing, the overall sentiment was 42% positive, 50% neutral and 8% negative. Many were curious about how to use the platform and explained the various ways they have already put ChatGPT to use. Curiosity and an ethos of ‘wait and see’ seem to be the dominant sentiments.

Overall, digital marketing experts on LinkedIn were very excited by the versatility of ChatGPT and particularly its capacity to automate work streams that are either error-prone or tedious.

Additionally, copywriting with ChatGPT could be a game changer – no longer do humans have to find a new way to say similar things! However, some thought leaders, specifically those in SEO, are scared for their jobs and the possible threat to Google’s dominance.

Conversely, others noted that ChatGPT could not replace the human touch needed to get the most out of EAT (Experience, Expertise, Authoritativeness, and Trustworthiness) with SEO content writing; still others surmised that Google AI will be able to detect and thereby downvote any content generated by AI.

There was also a mix of emotions on Twitter. Many were interested in ChatGPT as a potential time-saver, but they were also skeptical of its ability to create authentic, creative content. Some were astounded by ChatGPT creating useful content in minutes that would otherwise take them hours to complete.

While digital marketing professionals on Twitter noted ChatGPT could streamline work more efficiently, the responses it gave were still largely generic. The bottom line for many who posted was the importance of learning how to use ChatGPT to your advantage– and that this is only the beginning of AI’s entry into the workplace!

States and Cities Searching for ChatGPT the Most

ChatGPT is lighting up the internet, but where in the U.S. is it garnering the most attention?

The Green Mountain State, Vermont, seems to be particularly intrigued by ChatGPT at 36 searches per capita – quite a lot for such a tiny place! Washington comes next at 35: no surprise for one of the tech meccas of the Pacific Northwest, Utah and Oregon come in next with 34 searches per capita apiece, and Montana rounds out the top 5 at 32 searches.

The deep south is less interested, Mississippi, Alabama, and Louisiana are the three states searching about ChatGPT the least nationwide.

As far as cities searching for ChatGPT, it comes as no surprise that the top three cities are all known tech hubs, with San Francisco coming in first at 157 searches per capita, followed by Seattle and Austin. Rounding out the top five are Las Vegas and Boston. At the bottom, it seems the rest of Texas isn’t hugely interested in ChatGPT – San Antonio, El Paso are the bottom two, followed by Memphis.

What the Experts Say

We also asked some of our friends across the world of digital marketing to weigh in on what ChatGPT could mean for the field:

“A bot that answers questions in simple language is useful. This is something Google also does, so this is a threat to Google and Google will adapt. Featured snippets, ‘People also ask’ and knowledge panels will likely evolve into some kind of simple answer snippet. Probably it won’t cite anything. No links. Just basic info.

So the impact for SEOs is bad if your content strategy is to provide short answers to common questions. Safety is in the deeper end of the pool where the questions and queries call for long-form answers with lots of details.

Is ChatGPT the beginning of a tidal wave of AI-driven low quality article?

Yes, but we were already awash in that stuff. Some writers will use it, some won’t. But in the end, writers who know both the audience and the subject matter – writers who go deep into topics with research and visuals – will still have plenty of organic traffic. Differentiation matters more than ever.“

“Generative AI is clearly changing the writing and editing process, and sure, low quality sites will auto generate posts 24/7, but if a feed of raw information was actually what people wanted, the AP would have the biggest audience on the planet and Fox News wouldn’t have pull.”

People don’t just want information, they want a lens that distills things down for them in accordance to their worldview and existing biases. They aren’t so much looking to learn new things, but to get reinforcements for the way they want to continue to operate and think.”

“ChatGPT (or any AI writing) is an interesting concept right now. I would not completely trust it to write my ads for me. However, I think it’s a great way to generate ideas that a human can use for new inspiration in ad creation.

Where I have high hopes for it is in large account scaling potential. If I have hundreds of thousands of products, right now, we use formulas for ad writing. While the formulas are helpful to get started, they rarely customize the headlines or descriptions to every specific product. With AI writing, that can become possible.

While eventually, AI will be able to consistently write well. Right now, the information isn’t always accurate, so a human is necessary for proofreading.

I think the next step will be to marry auto-created videos with AI generated voice over to scale ads across video networks. The ideas and potential are there for AI writing; it just still needs to be able to check its work, so for the time being, human oversight of the content is required.“

To sum things up, here’s what ChatGPT has to say:

We couldn’t have put it better ourselves.

It’s a brave new world with ever-changing technology, but Digital Third Coast is prepared to be bold and embrace each revolution in tech and SEO with open arms.

In December 2022 and January 2023, we scraped 350+ posts by digital marketing, SEO, DPR, and PPC professionals and analyzed sentiment as well as key takeaways and emerging themes in these posts on LinkedIn and Twitter.

When using this data and research, please attribute by linking to this study and citing www.digitalthirdcoast.com. 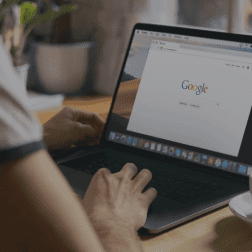