Say what you will about the 24/7 news cycle, but the media’s voracious appetite for content is a gold mine for digital PR and link building. Good content spreads like wildfire, filling the websites of high-authority local newspapers, television and radio stations with syndicated links.

In a recent blog post we explored how this syndication happens.

But now we want to explore the topic of local news outlets even further. With three former journalists on our staff, we wanted to illustrate how media markets work. Plus, provide some additional context behind the media acquisitions that make content sharing so prevalent in local news.

How do media markets work?

Local media consists of local television stations, radio stations, and newspapers. There are also a rising number of hyper-local, digital publications, but we won’t get into those for now.

While their newsrooms are set up differently, their mission is the same. They each aim to serve information relevant to a geographically-specific audience.

How are those audiences defined?

A television station’s audience is determined by its Designated Market Area (DMA). DMAs are based on population size and the physical reach of a broadcast signal.

Only those living inside the confines of the broadcast signal can turn their TV’s to view the local evening news. And only those driving within the geographic boundaries of designated media markets can listen to local radio programming.

The combined 210 market areas across the United States reach a total of 107 million TV homes. From an SEO perspective, digital platforms of media in bigger cities tend to carry higher Domain Authorities (DA). A digital placement in a larger market, means a greater transfer of authority to your site with every link.

Within the constraints of the DMA, there’s further bifurcation based on network affiliation.

It’s important to note that there can only be one of each network affiliate in each DMA. For example, even though Chicago is the 3rd largest DMA in the country, it only has one TV station per network.

Local newspapers operate a little differently. While they often fall within the geographic confines of broadcast market areas, newspaper audiences aren’t defined by them. In fact, they tend to be even more locally focused. We often see multiple newspapers in one market area, catering to specific towns and communities and smaller audiences.

In Chicago, there are more than 220 newspapers serving the greater Chicagoland area, compared to just five broadcast television stations.

While some papers, like The Chicago Tribune, circulate widely to readers outside city limits, most serve neighborhoods within the Chicago metro area.

Because of its larger circulation, The Chicago Tribune covers a more diverse range of stories. But, the majority of Chicago’s 200+ newspapers cover stories specific to one suburb, one town, or one community. The smaller the audience, the narrower the content focus.

Despite being called “local” news, local news is hardly ever locally owned.

The news industry has evolved into a massive business to accommodate the public’s demand for constant information. Over the past few decades, corporations have sold, merged and acquired local media outlets, forming national conglomerates.

These owners promote and facilitate content sharing between the media they own. While each individual paper or station serves its own local community, ultimately, it answers to its corporate parent.

Nowadays, most large newspapers are also part of syndication partnerships owned by one, large, media company.

With its acquisition of New Media/Gatehouse in 2019, Gannett became the largest newspaper chain in the country. It owns and operates more than 660 newspapers. These newspapers and their digital assets are all part of the Gannett/USA Today Network.

While independent newspapers and digital publications still exist, they are becoming increasingly rare due to mergers and buyouts.

As the newspaper industry continues to adapt to a “digital first” structure, content-sharing within ownership groups occurs frequently.  Typically, stories will syndicate if they have a regional or national angle that appeals to a broader audience.

This graphic illustrates content shared across an ownership group. A placement first earned on Cincinnati.com syndicated to other newspapers owned by Gannett and part of the USA Today network.

The size of TV conglomerates

Consolidation of station owners often means the survival of local stations in the face of dwindling ad dollars. However, it has raised questions about the diversity of voices behind the news.

Media conglomerates, like Sinclair, Nexstar Media Group, and Gray Television each own well over 100 broadcast stations. Sometimes, they own multiple stations within the same DMA.

One thing that’s important to note here, is ownership does not impact network affiliation.

What roles does network affiliation play?

As we mentioned before, local television stations are traditionally affiliated with one of the major broadcast networks: ABC, CBS, FOX, NBC, and the CW. This affiliation is independent of their ownership group.

Similarly, when you tune into an ABC affiliate, you expect to see the quality content of Good Morning America and the local news, in addition to ABC’s scripted series. The network connection serves as a cue to help viewers recognize where to go for desired programming.

Local radio stations, like newspaper and television, have also fallen into the hands of large media ownership groups. In fact, over the past 10 years radio has seen an even higher rate of consolidation than its local counterparts.

This is the result of the Federal Communication Commission weakening the rules surrounding local news ownership. Effectively allowing media giants, like iHeartMedia, to gobble up stations within the same market, state, and region. Here’s a breakdown of the FCC’s cross ownership rules:

The smaller the market, the higher percentage of radio stations media conglomerates are allowed to own. The National Association of Broadcasters (NAB) argues that in the age of streaming, radio stations need to join together to stay relevant.

How to use this information…

Now that we’ve gone through media markets and media ownership, what can you do with this information?

If you decide to create content with a local focus, understanding the reach and audiences of media markets is critical. It can help you shape content ideas with immediate interest to a local region. It can also guide your pitches. Which is crucial to making more generalized content appear relevant to a writer’s audience.

A macro-level understanding of ownership groups provides invaluable insights into how content is shared in a rapidly changing media landscape. For more insights on how that content-sharing happens, check out our other blog posts on earning media coverage:

Read more from our blog: 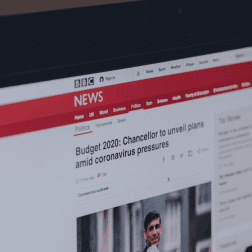 How To Make a Newsworthy Digital PR Campaign For Any Industry

Sometimes, a Digital PR may need to ideate a campaign…
Read More 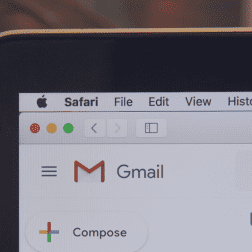 How to Spam-Proof Your Digital PR Emails

Email-based outreach is the norm for digital PR content. These…
Read More 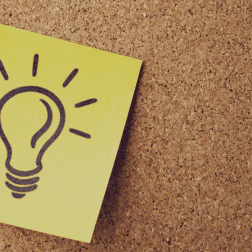 Surprising Places to Find Inspiration for Your Next Digital PR Campaign