The Most Charitable States in America

The holiday season is a time for giving. Many Americans get in the holiday spirit by donating their time, money or resources. To celebrate all who donate, we analyzed Google search trends to determine which states give back the most. We chose four popular search terms that indicate interest in donating time or money—“best charities to donate to,” “places to donate near me,” “volunteer opportunities near me,” and “what percentage of income should be donated to charity”—then calculated search volume for those terms, per capita.

So, which states are the most charitable? 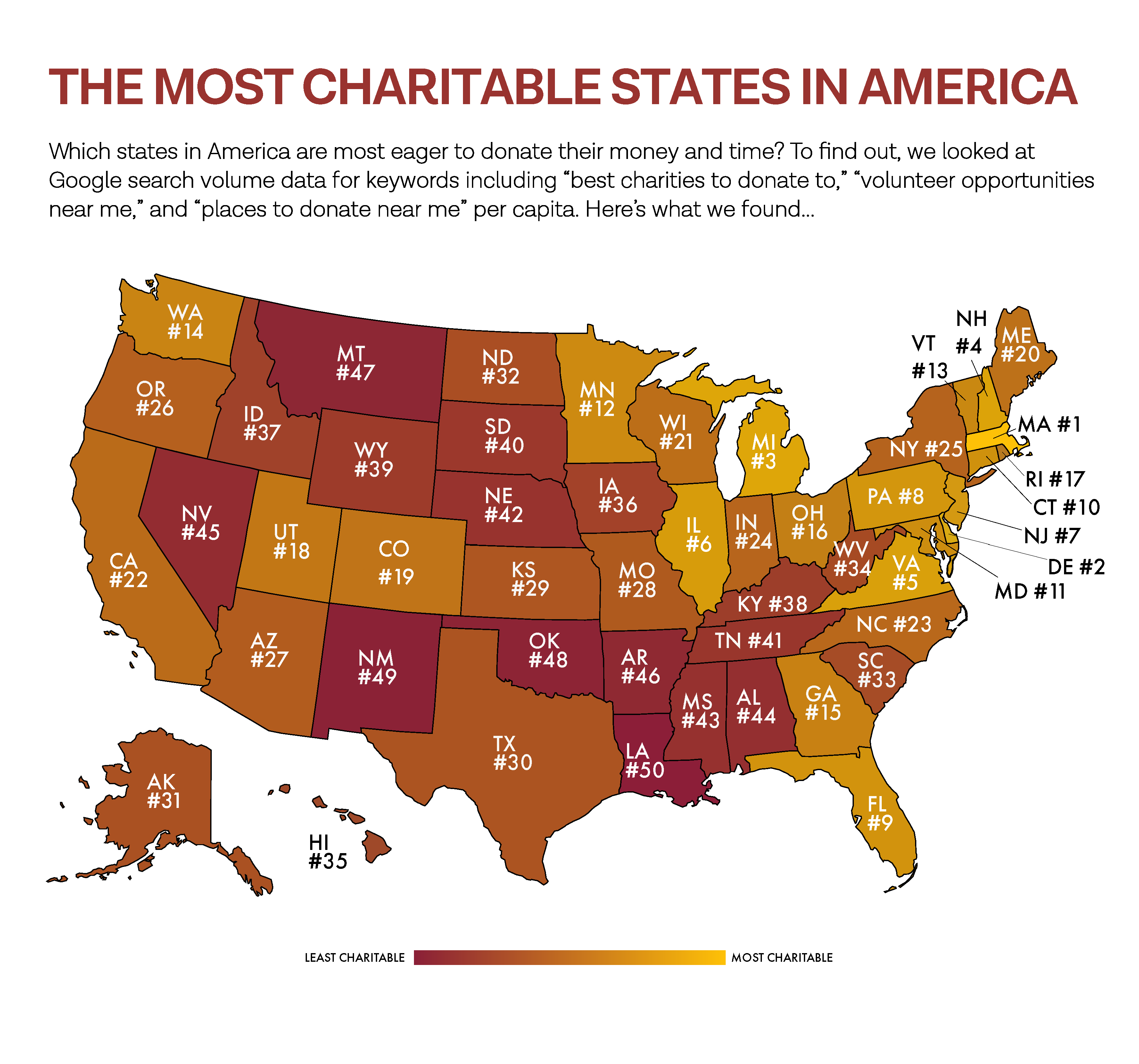 Massachusetts claimed the top spot, according to our analysis of Google search trends data. Not far behind, Delaware, Michigan, New Hampshire and Virginia rounded out the top five most charitable states in the country. Finishing out the top 10 were Illinois, New Jersey, Pennsylvania, Florida and Connecticut.

States from the South and Southwest closed off the bottom of the list. Coming in at No. 50 is Louisiana, with New Mexico, Oklahoma, Montana and Arkansas making up the bottom five. Some other states who could stand to donate some spare change: Nevada, which ranked at No. 45 and was preceded by Alabama, Mississippi, Nebraska and Tennessee.

The states who landed in the middle need to step their donation game up a bit, but thankfully, made it out of the very bottom.

Based on search volume data for the following keywords: best charities to donate to, best nonprofits to donate to, places to donate near me, volunteer opportunities near me, what percentage of my income should be donated to charity.